We don't stop innovating in our games - InteractiveSQUASH
18117
post-template-default,single,single-post,postid-18117,single-format-standard,qi-blocks-1.0.4,qodef-gutenberg--no-touch,qodef-back-to-top--enabled,,qode-essential-addons-1.4.6,ajax_fade,page_not_loaded,qode-title-hidden,qode-theme-ver-9.5,wpb-js-composer js-comp-ver-6.0.5,vc_responsive 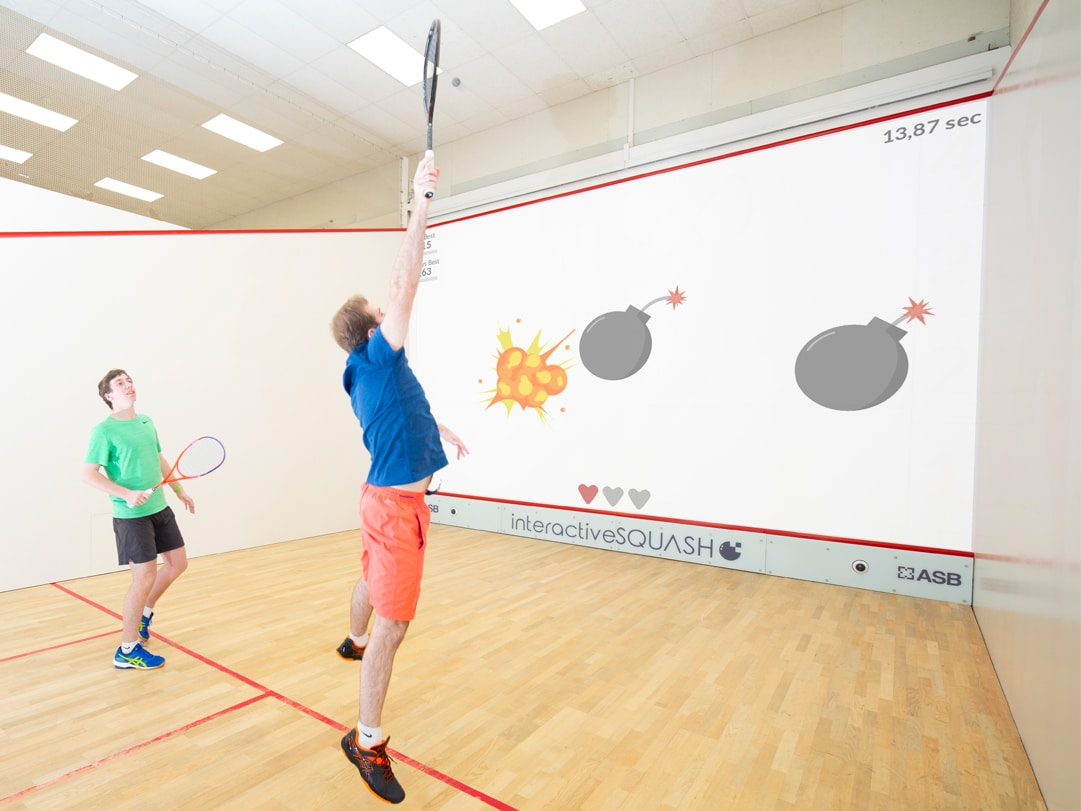 10 Aug We don’t stop innovating in our games

Posted at 15:05h in Gaming by Dennis Fischer
Share

The latest development in our games brought another feature that came up from an experiment of combining motion tracking and keeping the squash ball in play. The idea is, to incorporate both input mechanisms to see different gameplay mechanics at work at the same time and how the players manage to handle it.

A simple game was raised from this objective: “Hungry Snail”, bringing  gamification in sports further and including the player itself participating in the game.In this case, the player directly represents a snail that moves around to feed with the food that pops up when hitting the wall with a squash ball.

On the first stages of the prototype, we found out that hitting the ball, and moving targets while the player is in action, resulted exhausting for most of the players, specially for solo gaming.

As a result, the game is very efficient for all ages since it is visualised as a joyful game with colours, sounds, music and cute illustration plus offers the possibility of a very intense training session. 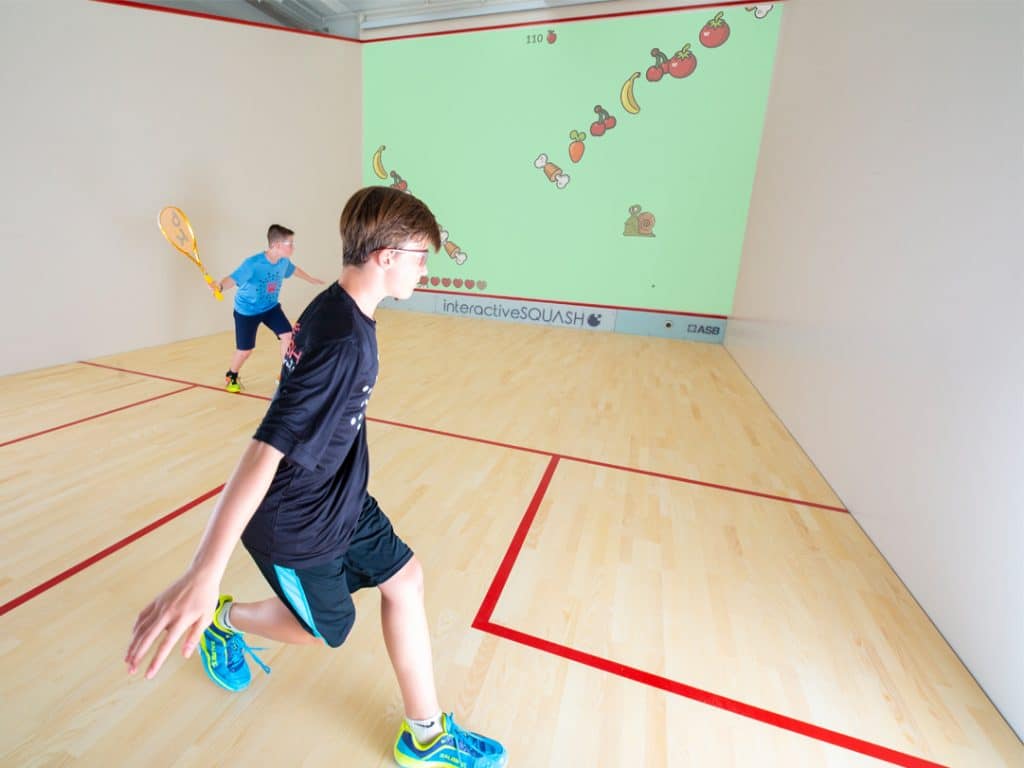 Other latest games released is focused on accuracy and movement. “Bombs” is the perfect combination between fun and training and it is easy to learn but hard to master.

It’s score is your survival time, down to the second digit. The Player has to hit the ever faster appearing bombs to avoid gameover as long as he can. Always motivating you to match the highest scores, it makes the game highly competitive and engaging.

Future features will be incorporated in this game, like a rank of levels. Moreover, the game also brings the opportunity to be played on the multiBALL system.