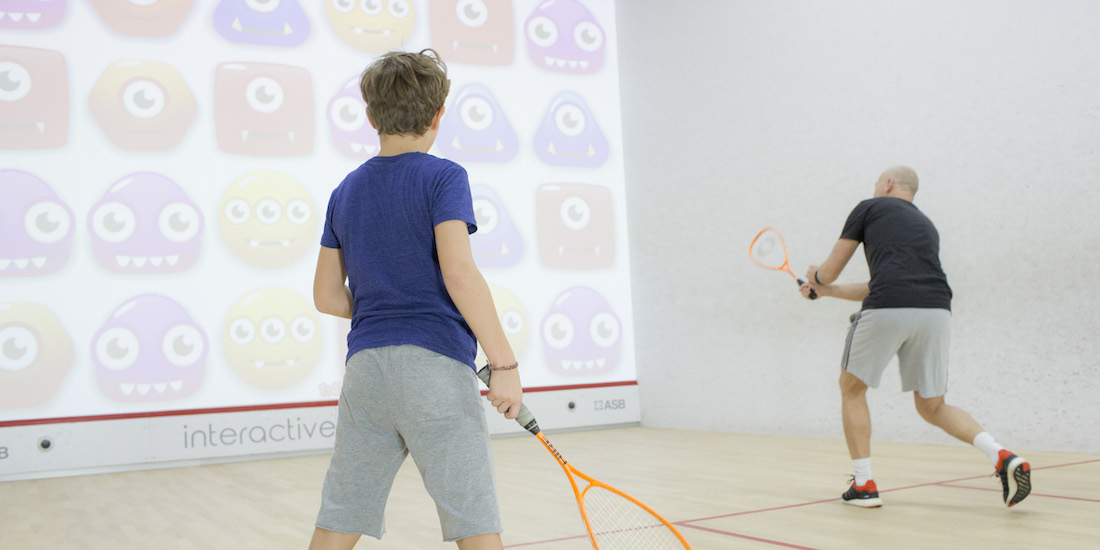 interactiveSquash lets players engage with the classic game of squash in new and exciting ways. Every game for interactiveSQUASH encourages players to get active and engaged – the focus is on the Fun and not the Burn. Our team is constantly developing new games that are making squash one of the most exhilarating sports out there. Here’s a peak of 4 different games interactiveSQUASH offers.

Whether you're a kid or an adult (and let's be real all adults are big kids), these new Squash games transform the traditional court into an arcade!

BlockSquash is the first title to have been created exclusively for the interactiveSQUASH system. Video game fans will recognise BlockSquash as a modern spin on an influential arcade game.

The aim of each level is to carve a path for a giant sphere to get from the start-zone to the end-zone. Rather than using a controller, you must use a regular squash racket and ball. Players must hit the blocks to make them explode. Some blocks have different attributes which may help or hinder players from completing a level Later levels turn the entire concept on its head with seriously complex challenges and layouts.

BlockSquash can be played solo or two players can team up to conquer the wall cooperatively.

BlockSquash is great for players who want a casual game that still tests their skills and forward-thinking. It is also a challenge for more advanced players that can work up a sweat trying to attain the top rank. 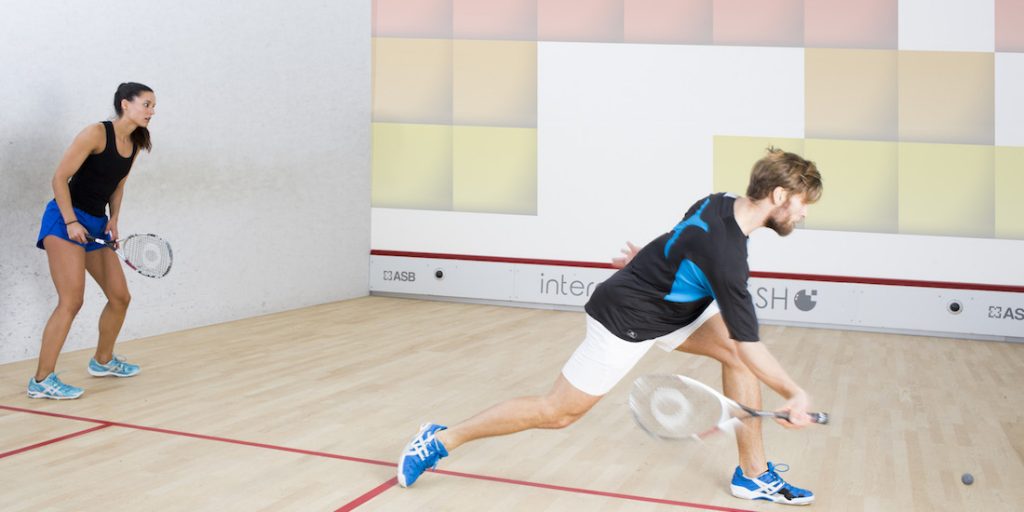 BlockSquash will keep you on your toes.

Later levels put players’ accuracy, tactical thinking and speed to the test when the play-area moves and the targets get smaller.

TicTacSquash can only be played against an opponent.

The kids love it! It's as if their gaming devices have been transformed into a giant wall and instead of sitting on the couch, they're getting exercise while having fun.

Splash is a casual game which has no goals or aims. Hitting the wall causes paint to splash against it, leaving colourful blotches. As such, it is great for players looking to unwind and get creative, or for trainers that want to keep younger talent engaged with instant visual feedback.

Splash livens up regular squash games and functions as an ideal pre-match warmup. The pace of play is completely up to the players. 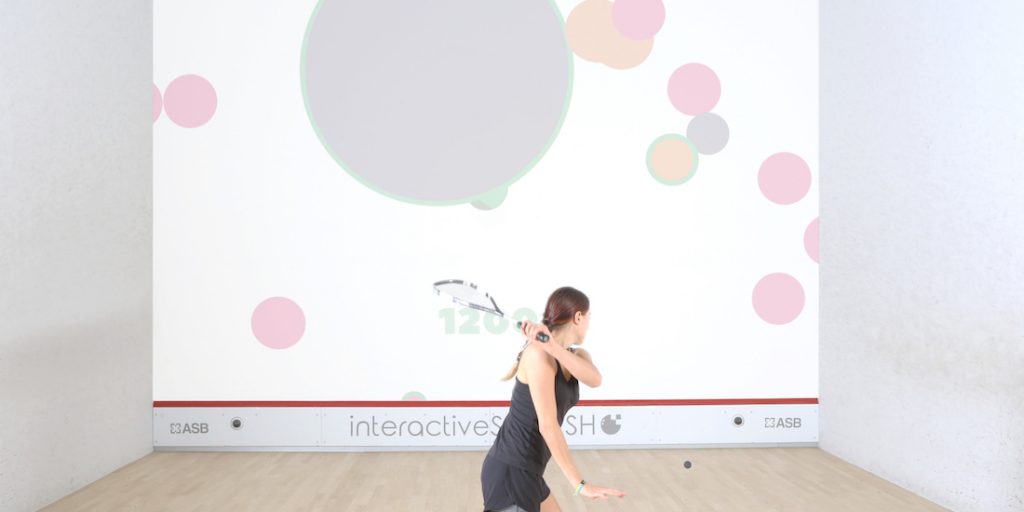 There’s a game for everyone. Play solo or with friends, the choice is yours.

Goal! is interactiveSQUASH’s take on virtual air hockey. The aim of Goal! is for players to hit the puck into the opponent’s goal with their shots. Shots landing closer to the puck will push it faster. Like regular squash, players take turns hitting the ball against the front wall.

Goal! can only be played against an opponent.

Goal! is all about fast-paced action with players scrambling to defend their goals whilst mounting devastating counter-attacks. As a result, it is great for players who want to duke it for quick sprints and bragging rights.

I could honestly play for hours. I definitely need a bigger water bottle.

Who can play interactiveSQUASH games?

These innovative Squash games are designed to be suitable for all ages and squash skill-levels. Not only are they a fantastic way to teach people how to use a ball and racket, pro players will love interactiveSQUASH’s competitive edge.

This is the perfect way for you to gain an appreciation of the sport while having fun and getting a great workout!