Munich’s edition of AirportSQUASH was a groundbreaking success.

The two-week event that took place this past April showcased a state-of-the-art interactiveSQUASH/ASB ShowGlassCourt which was fully accessible to the public.

Over 600 people played on the court, 75 000 stopped by, and the initiative reached 1.7 Million people in total, many of them via the numerous live feeds of professionals Grégory Gaultier, Simon Rösner, and Paul Coll playing interactiveSQUASH.

If you didn’t have the chance to make it to the event, here’s a quick summary of the event and what’s coming up next.

8 people missed their flights, that says something!

The 10-day event ran from April 19th to 28th and brought the glass court experience to the public for the first time ever. For any squash player, getting some time on a glass court represents the ultimate sporting experience. Equipping the court with the interactiveSQUASH system made for an unforgettable experience for hundreds of players, beginners and professionals alike.

Although we had some chilly weather (yes it snowed one or two days), people could not get enough of the court, and after a few minutes of play, many took off their jumpers and sweatpants in favour of shirts and shorts.

75 000 people walked by and had a glimpse of how fun squash can be.

Some of the Professional Squash Association (PSA)’s biggest stars stopped by to see what all the fuss was about. Current World no.2, 10 & 13 Grégory Gaultier, Simon Rösner, and Paul Coll all had a few hours of playing time on the court. Watching a game of Darts or Area Chase between the pros garnered a lot of attention from people passing-by and thousands of people watched lived online.

Now that the Munich edition is wrapped up, we’re looking to bring the AirportSQUASH experience elsewhere. Where would you like to see the next AirportSQUASH court? Let us know! If you’re interested in learning more about the interactiveSQUASH/ASB ShowGlassCourt and would like to organise an event at your airport, click here. 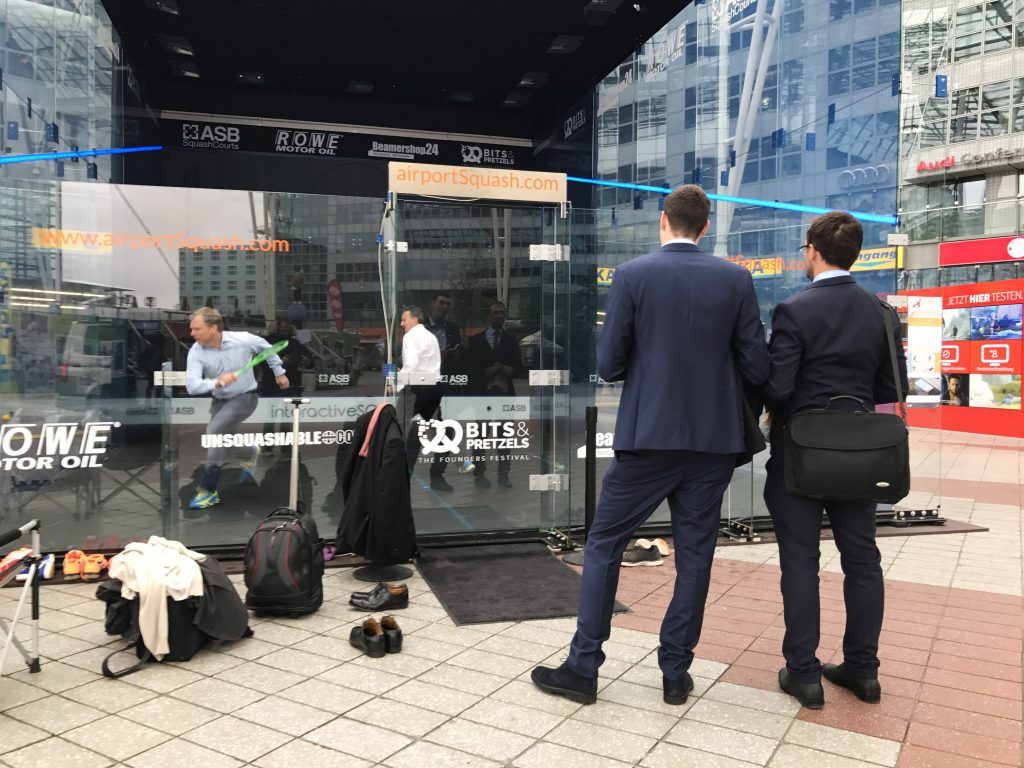 A couple frequent flyers play in between flights.

Once again, we’d like to thank all those who made AirportSQUASH possible, namely our main partners ASB Squash Courts (a big shout out to Peter Schmidl and his team for making the installation possible), ROWE for providing the court itself and players to come test it out, Beamershop24 for furnishing the projection technology to make outdoor daytime projecting possible, UNSQUASHABLE for equipping us with rackets for the event, and of course Munich Airport for welcoming us. Now it’s time to look ahead at what’s next, and let’s just say, the future is a bright one.

AirportSQUASH wasn’t simply a publicity stunt, it’s part of a larger initiative to bring sport to public places and to get people excited about squash and fitness once more. By creating a giant interactive arcade that combines fun with fitness, we’re looking to redefine the way people workout and initiate sport to the so-called smartphone generation.

Keep up-to-date with news and alerts on our Facebook, Instagram, and Twitter. If you wish to inquire about the interactiveSQUASH system, send a message to mail@funwithballs.com 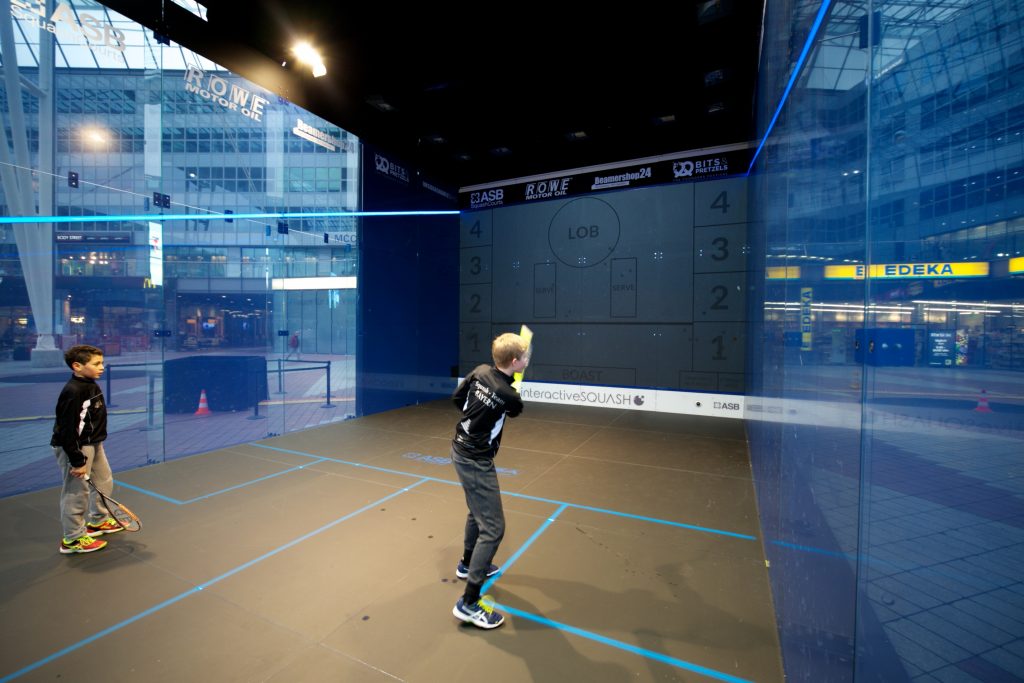 The next generation of squash players try out interactiveSQUASH for the first time.